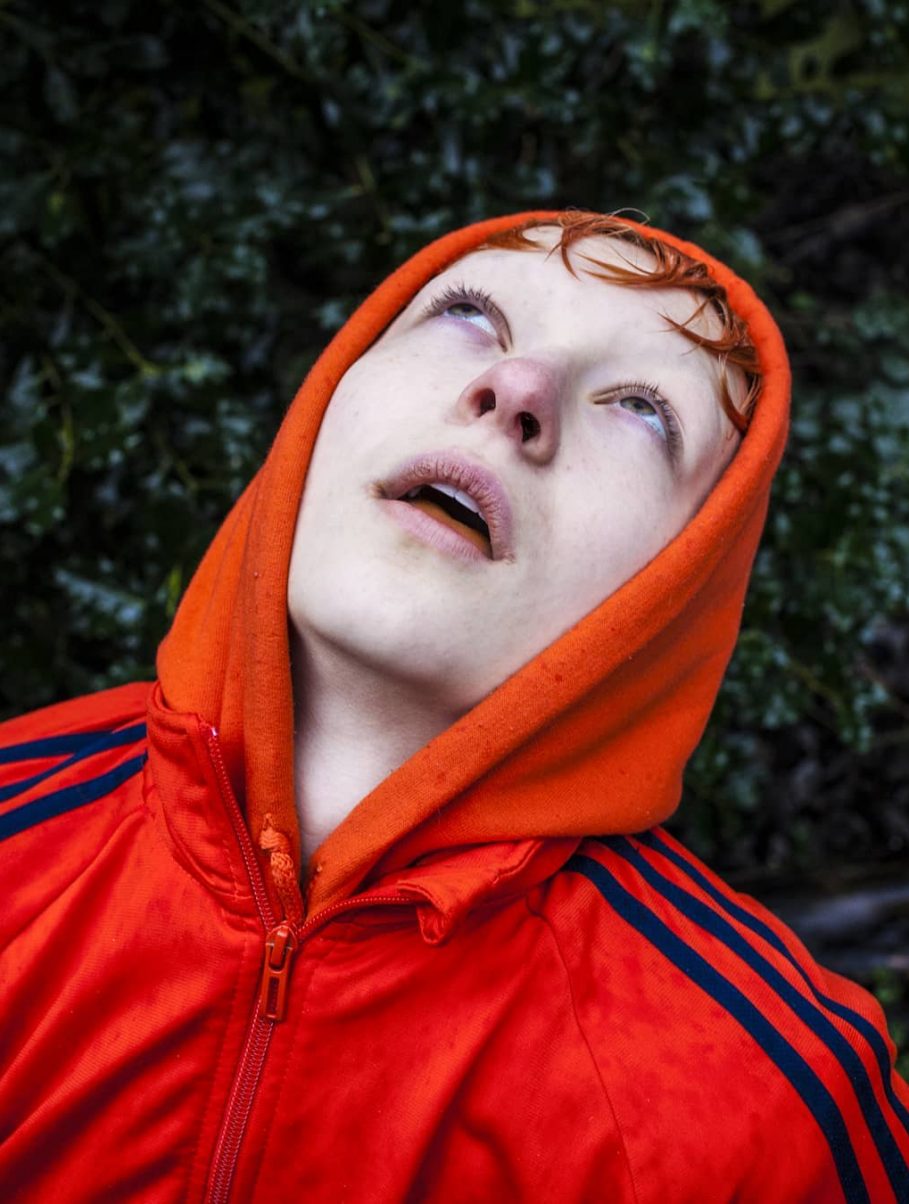 “People say just be yourself. Like it would be easy. It’s not”

Artist Xenia Perek is whoever she feels she needs to be in her performances.

“People say just be yourself. Like it would be easy. It’s not. We’re so good at performing, luring people into acclaiming or loving us. I can say that my family as a whole loves me, to the extent that they are capable of. Later you realize that your parents had parents too, and that they all grew up in a different time. It complicates things a lot.

Communist Poland produced my parents. I suppose my older sister and brother and myself disappointed my father. All three of us are queer in a way. We are not living up to Polish catholic tradition, nor to that of the tiny village in which we grew up. We have no interest in taking over the family business of 150 years old.

I come from a family of gardeners. Many of the people living in our village were uncles and aunts. Most of my childhood I spent with my brother and sister and three cousins. The six of us stayed close to each other while my parents were busy transforming their local business into a bigger and international one. The spread of the internet and Poland entering the EU in 2004 started a fast shift.

My mom told me that initially we didn’t always have money to put food on the table but I don’t remember us being poor. I was the last child born when things started getting really good.

I was a really weird kid. Disconnected in a way, singing to trees. We were doing funeral ceremonies for animals we found dead. We made them a coffin and built a graveyard. Straight away I refused to go to school as much as I could, even if later it was only three hundred meters from my house. I could see it from the window of my atelier where I would be painting and hanging with my artsy friends instead.

I had a lot of liberty but my family was far from perfect. There was stuff going on. I want to express it but at the same time I don’t want to talk about it, at least not in a literal way. I think this is why I create characters as a performer. It’s how I express myself. Yo, if I was able to put it in linear words, I would probably do that instead.

I don’t want to be hashtag identity hashtag gender. I think my work is broader than that”

For the same reason I try to avoid talking about my performances as much as I can because I think you have to see it. The characters I create don’t have a name or a storyline. People tend to bring the word theatrical to what I do but that’s wrong. They are more like attitudes, rendered in a time and space. I try to make sure there are elements in there that make it impossible to agree with everything they do or say. I want them to be problematic, I like polarities. People’s judgement is a big part of my work.

Some of my characters are very masculine built. Physically strong, with a certain muscle tone that I will pick up before I do a show. I may use a jockstrap that suggests I have a penis.

Months in advance of a performance I start training. I pick up weight lifting, along with running and isometric exercises. Three or four days before I’ll only eat carbs. On the day itself I will not drink much. It sets a tone that will shrink your skin back to the muscle. I apply paint, add light, and that’s how I build an image. And then I get kind of fat the next week, from all the carbs.

For a show in Rome I’m learning to play the saxophone. Is it worthwhile economically? Absolutely not. But I do it because I’m an artist, I create according to my vision. I don’t wait for funding to come my way, I try to create my own economy instead.

Sometimes I see footage of myself and think: oh my god, that came out quite extreme”

Once a guy came to me after a performance: ‘I thought you were a man, then I realized you are a woman. But now I see that your boobs are fake.’ I replied: ‘Is that important?’ Then he said: ‘Now I hear your voice, I know that you’re a woman.’ When I speak, he gets his point. So in my next show I want to use a mic to emulate my voice, though actually I found it more interesting to go on a higher pitch.

I like to play with gender. Gender and identity are not so much a subject to me as they are a medium, a form. As themes they are so on the table right now. I don’t want to be hashtag identity hashtag gender. I think my work is broader than that.

I had never heard of transgender people before arriving to the Netherlands. What, you can actually change your sex?! I didn’t know that.

At the time I was in love with a transgender man who like myself was studying at Gerrit Rietveld – an art academy in Amsterdam. He turned out to be in the process of transitioning. I didn’t understand why I was so triggered by this person until I realized: this is what I want, a sex change.

It’s not that I need to be a man, there is just a lot that I hate about being a woman”

I started to change my clothes, I shaved my head and asked my friends to call me he. I had a boyfriend who agreed to refer to me as his boyfriend – which was a bit of a thing because he was a heterosexual man and suddenly it seemed like he was coming out.

Strangely enough none of this provided relief. There was a deep pressure inside of me. I could not look in the mirror. I hated all my female characteristics. That I have boobs, the shape of my body not being straight, the tone of my voice. I moved into some dark corner with my life.

That I didn’t have a penis didn’t bother me in a sexual aspect. I enjoyed sex. Lucky me! But socially I found it more comfortable to be perceived as a man. It was a very strange dynamic where perhaps technically I was in a weird disguise. Though to me it felt like being in disguise whenever I was perceived as a woman.

A year or two passed and my sister found me an amazing therapist in Warsaw. She said: if you want to do a sex change, we will work towards a sex change. If you don’t want that, it’s fine too, the door is open. That was the moment I felt complete freedom and security to look at the whole puzzle: what are clothes, what is disguise, who am I?

We pay so much attention to how we look nowadays as an expression of freedom. But is it really?”

Very soon after I realized I don’t want a sex change. It’s not that I need to be a man, there is just a lot that I hate about being a woman. In part this is a result of growing up in an old fashioned patriarchal catholic environment, some coordinates I received from both men and women.

I was not transgender, I did not have body dysmorphia. I had an identity crisis, which is a very real thing, too. And I was identifying with anything that potentially offered a solution.

At this stage I completely didn’t know who I was anymore, but it stopped being a problem as soon as I was fine with knowing who I am not. I fully validate transgender people and sex change. For me a sex change would have meant a very big detour around the matters that I realized I need to face straight on.

Immediately I started performing. I got really into it. Sometimes I see footage of myself and think: oh my god, that came out quite extreme. But I don’t stop or back up. I just don’t look at the footage. If I was meant to see myself performing, I guess I’d have a second pair of eyes somewhere, maybe in my butthole?

My art is how I relate to the world. I turn it upside down. Who put this like that? I raise questions, play with assumptions, challenge notions of right and wrong. It doesn’t have to make coherent sense – preferably not.

They say my generation is the generation that really knows how to find themselves and really knows how to be. I doubt that. We pay so much attention to how we look nowadays physically and also conceptually as an expression of freedom. But is it really? Even my own artist friends are doing it. It gets me down.

I do propose to have a vision of your own. You can be who you want to be, but that’s partially true – you are somebody already. So deal with that. And when you make peace with it, you can grow from there.”