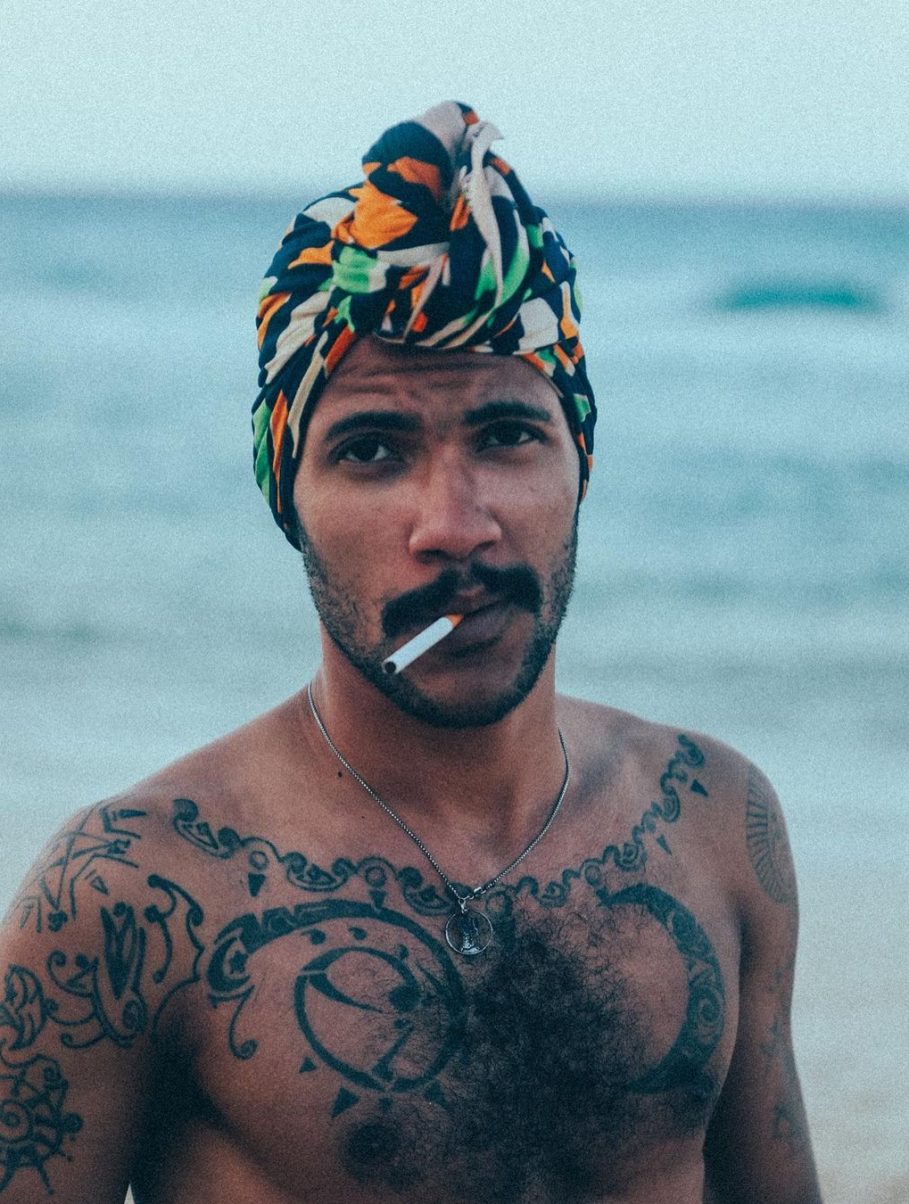 “In Cuba the concept of machismo is very strong. I like to push those borders and create something new”

To Félix Palmero (25, Havana) taking care of himself means reaching out to others with his photography.

“Possibly next week lockdown will end for my neighborhood, Centro Habana. It was just in the news this morning. For almost two months now people in this area are not allowed to go outside. The government sends a bus with food that we can buy so we don’t have to go out looking for it.

I can’t stay inside the house all day. I did that for some months when the lockdown first took effect. Just me and my mom and the walls of our apartment. Until I almost started to forget who I am. I was on the edge of losing my mind, of losing myself. I could feel it. Even little things started to freak me out, I could get super angry over nothing. If all you hear all day is the news in the television about the craziness that’s going on in this world, it messes with your head.

I remember spending three hours on the phone talking to my friend who lives in Matanzas. In the end I decided: fuck all this. I have to take care of myself but I’m not going to follow the control that our government tries to have over its people.

Photography was my refuge. I studied photography at the EFCH here in Havana so I was already doing it before. But not in the way I’m working on it now. I really felt the need to start creating. I approached some guys with ideas, asked if they wanted to participate and went to their homes to take their portraits and document their day. We couldn’t be out on the street. I made my bedroom comfortable so I could invite people over at my place, too.

We’re not trying to start our own revolution, we want to have rights for our people”

I focus on photographing guys, both gay and straight. I will style them in women’s clothes, apply make-up and accessories while still maintaining their masculinity if that is what they are about. I know it’s a trend in the outside world to explore these gender notions, but over here in Cuba the concept of machismo is very strong. Not a lot of people push those borders. I like to break them and create something new.

Sometimes people react with shock when they see my pictures, or guys think I approach them to take naked pictures. But when they get to know my character and see how I work, they loosen up. I often arrive with an idea that I have in my head, but when I start working with someone it may change completely. In taking portraits the little details in someone’s face really count. If a model is not comfortable, you will see it in the photo. I always try to get to that stage where the model feels completely relaxed.

Showing my work is not easy, I’m not a well known artist. If you’re an independent artist it is even harder. They say we have freedom of expression in Cuba but it’s a lie. A lot of artists are clashing with the government right now. There is this group called Movimiente San Isidro, named after the street where the movement was founded. They oppose a new law that tries to restrict artistic expression, giving the government control of who gets to be an artist. A few months ago there was a protest in front of the House of Culture. A lot of people were arrested and sent to jail for one or two weeks without anyone knowing anything about them. It resulted in a big scandal. People had filmed how the police came in and took them away over nothing.

We’re not trying to start our own revolution, we want to have rights for our people, for our country.

When the Biennale took place in Havana, I tried to find a gallery to show my work. I was sharing a house with two friends. One of them is also a photographer, the other one an audiovisual artist. We decided to do an expo in our house just to show the things we do. We painted the living room and made an art exhibition there.

We invited people and friends came. It was a surprise for me, I had not expected that it would work. But it was super fun. Within an hour after the opening a hundred people were there, hanging out, talking about art and calling their friends: ‘You should come to support, there is this super cool exhibition here, outside of government directions’.

It was really impressive to me. More and more people are rising to liberate our rights. We need more people involved. At some point Cuba will awaken by its art.”

LOCKDOWN. What are you up to & going through during this lockdown? Any insights you would like to share? Tell us about it.

“I had to screw her head on myself”

BRETT WALKER only crochets cocks when he is feeling good