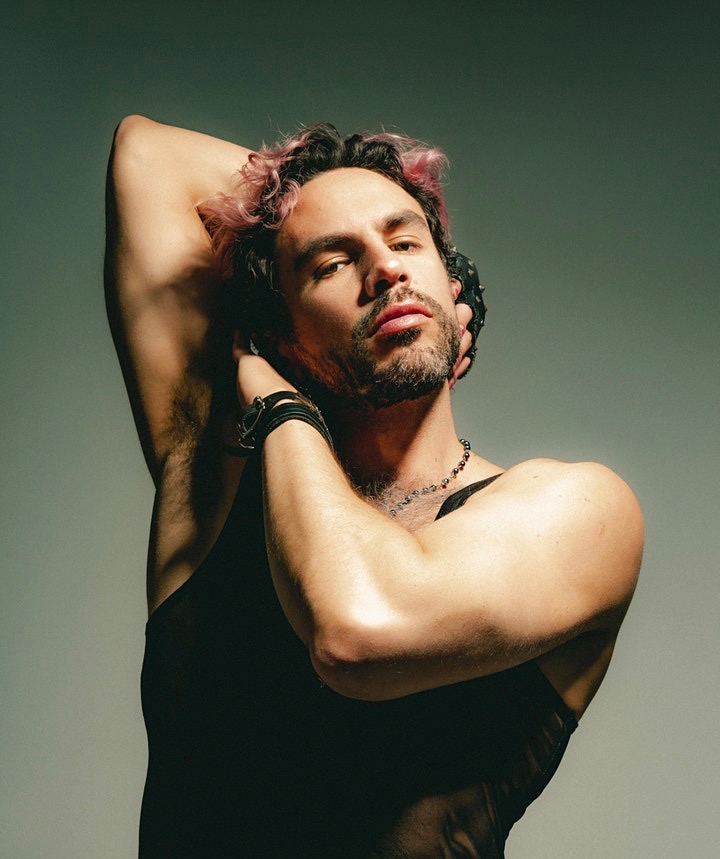 I’m releasing the pressure that I put on myself to prove something, or to demonstrate that I’m smart.”

“Being in the arts can be so rough sometimes. It takes a lot to get to the point of feeling confident, loving yourself and your artistic practice, and trusting that whatever you are invested in from your heart, guts, and honest, visceral self is something worth manifesting.

I’m from Chile originally. In Santiago, the capital, I had my practice performing and teaching dance. Ten years ago, at age 24, I moved to the United States. I could not see myself being only in Chile for the rest of my life.

I ended up in NYC. I had never been to the US before, but I felt I needed to take a risk. Being a dancer is hard everywhere, but at least in the US there is a system of philanthropy to help you get by, and a supportive community of artists that are all trying to pursue their dreams.

I was used to feeling support from people telling me: yeah, this works, do it.”

I managed to connect to that community. At first, you say yes to any project you get offered to get yourself going. One thing takes you to another, and another, and you get involved in more interesting things. Ultimately I managed to build a career as a dance performer.

All of that came to a halt when the pandemic happened. We all went inside ourselves a little bit. We were no longer out there interacting, there was no more rehearsing, no doing workshops, no going out to see shows, no creating experiences for people to gather.

It was a little rough. In a very big town, I felt like living in a small village.

I started playing with the idea of being a pop star, but mocking the concept, a mock star.”

It was also the first time I didn’t have to run from one rehearsal to the next. I realized that I could just sit there, and learn the things that I had wanted to explore already for a long time. Making music, learning music software, video editing. Things that require you to sit down and practice, practice, practice to master them a bit.

To put my knowledge into practice, and to make some money, I staged three 20-minutes live performances that I broadcasted online. It was called ‘Out of Space’. I turned my apartment into a studio, each performance was in a different room – luckily my roommate was out of town.

I would prepare for a week, on Friday night I did the performance, and after, I immediately started preparing for the next. Composing music, figuring out costumes, deciding what the visual experience was going to look like. I wanted it to be like a music video, but all of it coming together live. A friend helped me to do the lights and press ‘play’ at the right moments.

It made me feel like I had a full-time job for a month, and it ended up being an incredible experience. One of the most fulfilling things I ever did, related to art-making. It helped heal my soul while I was trying to not freak out or feel frustrated. Having this pandemic happening is not going to paralyze me, I wasn’t willing to accept that – I was still an artist.

It was a bit odd to not hear anyone clapping at the end, but I loved exploring this new medium. I was very happy with the outcome.

I noticed that my practice started to shift. Even when in the Summer of 2021 things started opening up again, outdoors, I felt I wasn’t interested anymore in going back to what I had been doing.

I started playing with this idea of being a pop star, which I call mock star, because it’s more like mocking the concept. It’s a solo project in a different realm, and I had a weird moment of thinking: where does this fit? Where is my place with this kind of performance?

My vulnerability happens in accepting that my work doesn’t necessarily need to be clever.”

It’s not the kind of thing I would present in an experimental performance venue. Nor is it mainstream enough to stage at a concert venue. It falls a bit in between. So I’m kind of lost as to where this work might belong, and where my identity as an artist has a place.

When I was more involved in the dance community, I was used to feeling support from people telling me: yea, this works, do it. I built validation through constantly performing in things that I was excited about.

Not having that now, I feel a lot of insecurities coming at me. I feel more exposed. Especially because the work reflects new parts of myself that are opening up and transforming. It is showing who I really am and what I’m really interested in. That feels vulnerable.

For most of my career, I hid behind the work of someone else. I never had to expose myself fully: who I was, am, where I am at, and exactly what I think.

Doing that is very intimidating. I guess it is a matter of accepting who I am. When I started working in dance and performance there was always this pressure of doing something interesting, or something that is smart. The more I dive into my practice, I feel like I don’t want to pretend that I’m smart or super philosophical, even though I kind of am.

My vulnerability happens in accepting that my work doesn’t necessarily need to be clever. What I put out there, maybe it is just for people to have some fun, and that is okay, too. I’m releasing the pressure that I put on myself to demonstrate something, to prove something.

I’m kind of lost as to where my work belongs, and where my identity as an artist has a place.”

I create things because it makes me excited, I don’t need to show off. It is still a challenge because I don’t want to look too superficial. But it’s okay. I like doing stupid things.

I started making music and music videos. Last week I finished a track and I enjoyed it. I was dancing to it in my room, by myself. I was thinking: Oh, I really wanna dance to it with other people, together. Or laugh about it – because it’s very silly and dancy. The act of sharing it and enjoying it with others makes it more of a complete circle.

We need community, we need to appreciate and encourage each other’s work. But your validation must come from within you, first. In the end, I think that is what connects with people, too.”

Estado Flotante (34, real name Alvaro Gonzalez) will present his new song & music video Eternity on Ecstasy with a performance at Starr Bar in Bushwick, NYC. April 5, 8:30 pm. Oh, do go and check that out. Estado Flotante translates into ‘floating state’.