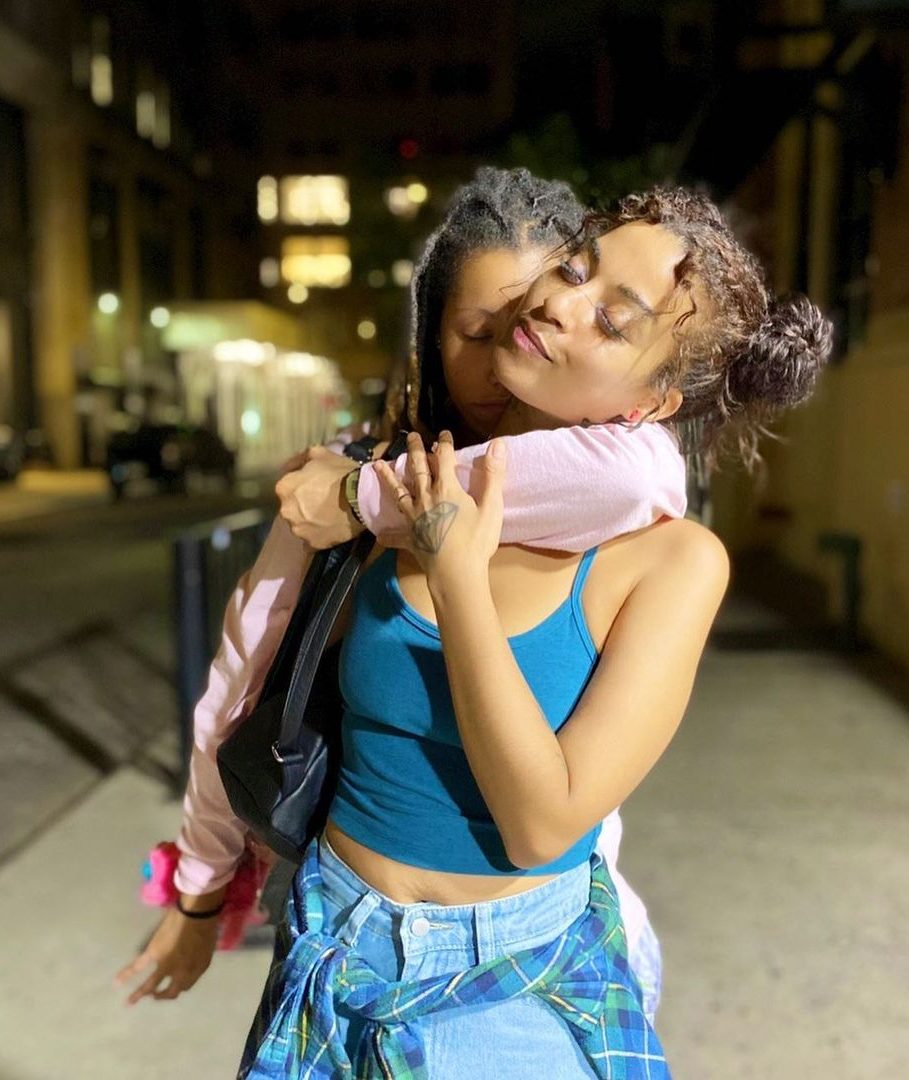 “Some of my work is a little raw, but I don’t think it’s controversial”

“Some ten years ago I started taking my art more seriously, which was right about when I met my now-wife, Aisha. She was a catalyst for a lot of it, first indirectly and then directly.

Aisha and I met at work. At the time my drawing was for my own pleasure, very infrequently, I was not showing it to anyone. We had a very tumultuous start to our relationship, the first year was really stressful for me. I channeled that into my drawing.

I found myself alone a lot on Friday and Saturday nights, filling up a sketchbook with women’s bodies, contorted in all kinds of painful ways.

The stress of dating and swiping on Tinder provided perfect inspiration for my artworks.”

For me it was cathartic. Drawing for me is a way to get things out. Almost like crying, or talking. I better just go and do it if I’m gonna think about it so much. Not that it’s a burden, drawing is the only way I know how to express myself, and if I don’t express myself, I’m gonna be miserable.

As a kid, I was always drawing and doodling. My parents encouraged it and I went to an art school here in NYC. But then I didn’t do anything at all with that training, apart from some freelance portrait assignments. I had an administrative 9-5 job, that I still maintain.

Aisha and I were on and off. When we would get back on and she came over, she would see the work and tell me that the drawings are amazing. She stimulated me to post them on Instagram. Almost immediately I found a little niche audience of young, queer people that found it interesting. A couple of years later the demand to sell it came about, so I built a website that Aisha helped me set up.

If Patreon kicks me off, too, where is the next place for my art to be seen?”

I was fresh out of a relationship when I met her, very much wanting to get into a new one right away. She wanted to date and get to know me before committing. So we started at different pages. Also, both of us – she is one year younger – were very immature and not ready for a relationship. It made for a very interesting dynamic, haha.

We broke up in the second year after meeting, realizing it wasn’t working. We dated other people in the midst of that. I think the break did us good, it was a little growing that we needed to do. It filled me with inspiration, too. Dating other people, all the Tinder swiping; it comes with its own stress and proved perfect inspiration for artworks.

Sometimes I wish I would apply more patience to my work, some of it would become objectively better. But it also would lose some of its authenticity – I see it as a slight trade-off.

I had always been interested in drawing women’s bodies. Either faces or body parts, close-ups of hands and feet. My main objective is to create something interesting and a little weird and confusing. When I finish a piece and it is too straightforward, I’m almost bored. I want there to be a little something wrong or unusual, it should not be just a pretty picture.

Some of it is a little raw, but I don’t think my work is controversial. The topics, the imagery, to some of the people who are not used to it, inherently, it triggers something for them that’s unpleasant. But should it? I don’t feel that I’m a provocative person. I don’t tend towards conflict, I don’t particularly enjoy debates.

I’m holding myself back a bit for that reason. But then I also feel the need of being authentic, to visually represent what I’m feeling, and for the viewer to understand that.

Actively working on trusting each other helped our relationship to become stable.”

Sometimes I feel inadequate. I’m insecure about the state of my art career when I think of the trajectory of some of my peers’ careers, who maybe don’t do as controversial a subject matter. Yesterday, again one of my images was removed from my Patreon account for violating the community guidelines. Great way to start the weekend.

I keep running into this problem. Overall I’m feeling hopeful, but I’m a little unsure about what’s to come. I was already banned from CrateJoy because of adult content. The members that had been with me, followed me to Patreon, which was so beautiful. But Patreon doesn’t like explicit nudity. If they kick me off, where is the next place for my work to be seen?

On Instagram, shadowbanning is a real thing. My work definitely doesn’t arrive at the 15K people that follow me. I get discouraged, so I post less, and I get less and less active as the engagement gets lower. Sometimes it makes me feel sad, but then I remember: that game is not why I’m doing it. If I rely on that, I start to change my art over time and I wouldn’t want that.

Neutralizing this noise is not easy, but when I’m struggling with something, I try to work actively against it. As opposed to suppressing or feeling guilty about it. I do feel feelings of jealousy, and then I just try and affirm to myself the things I have to be happy and thankful about and are excelling in my life. I also try to not verbalize it much. I think – I feel – I healthily handle these insecurities, so they don’t debilitate me or interfere with my life.

Looking back, I think I was a very insecure person, with a lot of unreasonable needs. I knew I had to overcome it. Whenever Aisha would leave the house or go out with friends, I was thinking: she won’t come back. That was an actual thing I used to fear: if she leaves now, I will never see her again. Aisha was someone who was used to putting herself first, always, but she was also insecure. It showed in different ways.

We decided that we both have to actively work on trusting each other. There is this expression that says love is a verb, not a noun, you have to work on it. That’s how we treated trust. Even if I felt the insecurity, I wouldn’t show it, I would give her the benefit of the doubt. And she did the same thing for me.

My main objective is to create something interesting and a little weird and confusing.”

Making trust a tangible thing was what really helped this relationship to become stable. Actively working on trusting each other. Completely letting the wall down, as vulnerable as possible, and just hoping for the best. You both have to be on the same page for it to work, but it did. I got lucky.

We married on May 18, 2020. In our own home, over Zoom – which had just been legally accepted due to Covid – on Desus & Mero, Aisha’s favorite show [Desos & Mero is a late-night show on Showtime by two comedians, CP]. It was a lot of fun and very us. We’re not serious people at all and I’m not even entirely sure how we felt about the whole institution of weddings, all that comes along with it and the high prices.

Aisha asked me. We had already talked about getting married but decided we would wait until we finish reconstruction on hour house and are on route towards a baby. But the house is still only one-third done, so it’s probably a good thing she asked me, it would never be the right time.

Secretly she had saved up for a ring, she asked me in our bedroom on a Saturday morning. I was in my pajamas, she caught me completely off-guard. I didn’t think I would cry, but I did. At the beginning of our relationship, I would not have predicted that it ended up nicely.”

Got a light? Well, yes. “I use a lot of lighters”, says Lauralee, and one can’t help but wonder why. So Mrs. Benjamin, who describes herself as the ultimate girly girl, a super femme, successfully started her own Lighter of the Month Club. Which gets you actually two lighters each month. Which is handy for people who also use a lot of lighters.

Singer BALWAKO: “Why so experimental? Because finally, I feel that I can be”

MANU & JONATHAN: “We realized that we can choose what our relationship looks like”